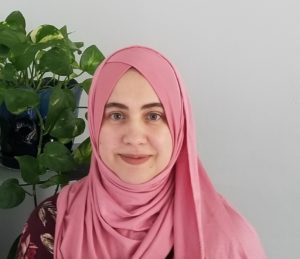 Sr. Naoual Sahli was born and raised in Tunis, Tunisia. She studied English at The University of Foreign Languages in Tunis and she has been studying Psychology from the Islamic Perspective at the Islamic Online University. As part of her academic training, Sr. Naoual studied Aqeedah, Tafsir, and Islamic Civilization.  She has been teaching as a Sunday school teacher of Qur’an at ARS for the past three years. Sr. Naoual joined the ARS team last year as an AIQ teacher for grades 4th,  6th and 7th grades. She is trilingual, speaking fluent Arabic, French, and English. Sr. Naoual believes that religious education at an early age plays an important role in building a child’s personality. In her spare time, she enjoys glass painting and playing board games with her children.