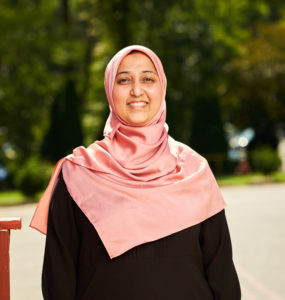 She has served as ARS’ Elementary Division Director of Academic Affairs and most recently has been promoted to Principal. Sr. Mehnaz served as the vice principal of Al Rahmah School and has worked alongside the administration team for several years. She has extensive experience in school administration and will be further supported by a Master’s of Education in Curriculum and Instruction this year. Sr. Mehnaz was instrumental in ARS’ obtainment of the Middle States Accreditation and for over a decade, has been an academic mentor for many teachers who have been a part of the ARS family. Sr. Mehnaz earned her Bachelor’s Degree in Biology from the University of Maryland, Baltimore County.