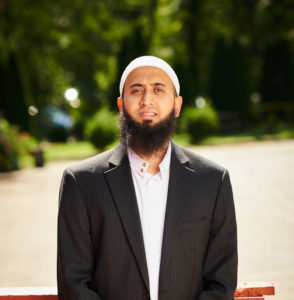 Sheikh Saad Baig serves as Head of School with the purview of Al-Rahmah School (ARS) and the Al-Rahmah Nursery (ARN). He joined ARS in 2018 as Director of Arabic, Islamic, and Quran Studies. Previously, he served as the Director of Religious Affairs for one of Illinois’ largest Muslim communities at the Islamic Center of the Quad-Cities. He is a seasoned veteran providing leadership for religious-based organizations in areas of guidance, counseling, and academic instruction. Sheikh Saad has been a liaison to public schools on issues such as anxiety, trauma, depression, family and child issues, addiction, and transitioning migrant workers and their families to local communities. Sheikh Saad has established and promoted educational programs for adults and youth for more than a decade. He is a chaplain, resident scholar, and assists with outreach for the Islamic Society of Baltimore (ISB) with area churches and synagogues. Sheikh Saad completed his Bachelor of Arts in Religion from Augustana College and a Master’s in Mental Health from Western Illinois University. In addition to his professional degrees, Sheikh Saad completed the seven-year Alim program at Darul Uloom Zakariyya University in South Africa in 2008.